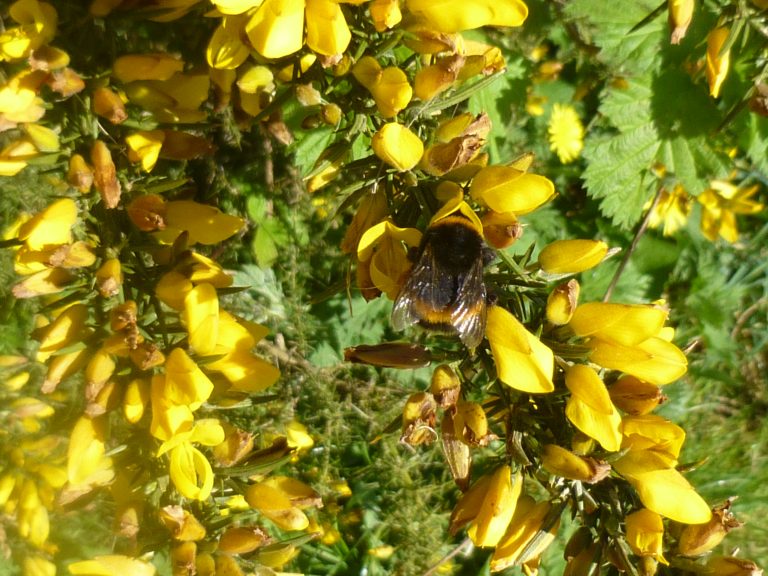 A new project to enhance urban meadows and forest habitats while improving people’s health and wellbeing was launched on Swindon on 3rd Feb by the Wiltshire Wildlife Trust (WWT) and Swindon Borough Council (SBC).

WWT and SBC are currently working at Moulden Hill on a project to enhance biodiversity funded by a grant from Network Rail. This funding comes after recent upgrades to the Great Western Route Modernisation electrification programme and seeks to offset impacts on biodiversity by enhancing habitats elsewhere.

The Forest Meadows Project is a three-year programme funded by SBC through developer contributions and other biodiversity grants. It will enhance the management and wildlife of existing grassland areas, including where possible the reintroduction of wildflowers and more traditional management of meadows.

This will benefit a range of species, including pollinators such as bees. Grazing animals may also be introduced on some of the sites to improve biodiversity and aid land management.

The project will link in existing health and wellbeing groups in Swindon to encourage their members to get involved in a wide range of activities, from the sowing and planting of wildflowers through to the biological monitoring of sites for wildlife such as butterflies and moths.

The project will cover 12 meadow and forest sites within the Borough, which together cover more than 170 hectares. Most of the sites are located along the corridor of the River Ray, but the project will also link to other areas including Sevenfields, the Lawns, Wroughton, Highworth, Penhill, Rodbourne Cheney, and WWT reserves with existing meadows.

WWT will lead the work in collaboration with SBC, parish councils, and local community groups.

“We are absolutely committed as a Council to improving biodiversity throughout the Borough so we are really pleased to team up with the Wiltshire Wildlife Trust to deliver the Forest Meadows Project.

It build on our commitment to reduce our carbon footprint here in Swindon and ties in nicely with existing tree planting and wildflower initiatives we have in place as we aim for a greener future.

I am also extremely pleased this particular project will have focus on improving people’s health and wellbeing and I look forward to seeing the Forest Meadows making a real difference to the lives of local people in the years to come.”

“I’m really looking forward to starting work in Swindon later this month. Thanks to projects such as the Great Western Community Forest, large areas of green space and corridors can be found in part of Swindon Borough. There are also many people within the Borough who have expertise or willingness to get involved; the Forest Meadows project will be another outlet for them to be able to get outdoors and make a difference for wildlife and their local community”.

If you are interested in getting involved in the Forest Meadows Project (either surveying and monitoring or more actively managing and creating wildlife-rich areas) or would like more information please contact Neil at neilp@wiltshirewildlife.org or on 01380 725670.